This is a sample module published to the sidebar_bottom position, using the -sidebar module class suffix. There is also a sidebar_top position below the search. 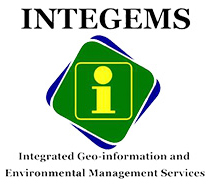 Support to Communications and Dialogue on Early Warning,...

Support to Communications and Dialogue on Early Warning, Forecasting Products and Climate Informati...

Rapid Damage and Loss Assessment (DaLA) of 14 August 2017 Landslides and Floods in the Western Area ...

Establishment of a Baseline Database of the Environmental...

Establishment of a Baseline Database of the Environmental Component of the CLSG Project Area in Sier...

Environmental and Social Impact Assessment for the Construction...

Environmental and Social Impact Assessment for the Construction and Operation of a Palm Oil Producti...

Prefeasibility Studies and Environmental and Social-economic Impact Assessment (ESIA) of the Bumbuna...

Environmental and Social Impact Assessment (ESIA) of an...

The National Federation of Farmers of Sierra Leone (NaFFSL), the umbrella organization with a mand...

Creation of an Interactive Database System for The...

Creation of an Interactive Database System for The Service Level Agreement; Government of Sierra Le...

Baseline Survey for ‘Integrating Adaptation to Climate Change into Agricultural Production and Food...

Recruitment of a Consulting Firm to Modify...

Recruitment of a Consulting Firm to Modify Open Data Portal to include SDG platform; Government of ...

INTEGEMS has been contracted by All Petroleum Products (APP) Limited an oil marketing company to und...

The National Social Security and Insurance Trust (NASSIT) is a Statutory Public Trust, charged with ...

The coastal zone of Sierra Leone is highly vulnerable to the increased frequency and severity of coa...

The Ministry of Fisheries and Marine Resources (MFMR) of Sierra Leone and the West Africa Regional Fisheries Programme-Sierra Leone (WARFP-SL) have contracted INTEGEMS to undertake the final mapping and delineation of four (4) declared Marine Protected Areas (MPA) in Sierra Leone, including the provision of Geographic Information Systems (GIS) training services and procurement of GIS equipment. The overall objective of the WARFP-SL Project is to strengthen the capacity of Sierra Leone to govern and manage targeted fisheries, reduce illegal fishing and increase local value added to fish and fishery products.

The Project entails extensive field data capture and GIS mapping at the appropriate scale(s) to provide details of coordinates, maps and sizes of declared MPA areas occurring in each chiefdom in addition to separate details of the entire MPA areas in the coastal districts (i.e., Sherbro River Estuary in the Bonthe District; Yawri Bay in the Moyamba District and Western Area; Sierra Leone River Estuary in the Port Loko District and Western Area; and Scarcies River Estuary in the Kambia District). INTEGEMS provided an integrated GIS-based approach, supported by groups of GIS experts with appropriate balance of interpretational perspectives and extensive knowledge (including scientific, traditional, and experiential knowledge) of the respective regions, to capture, analyse, model, map and delineate the four declared Marine Protected Areas (MPA).